I didn’t know his name

but the Perp was black,

and had six legs.

One set spread out

And he used them like paddles, canoeing the tide pool at Ocean City, NJ where we were vacationing. 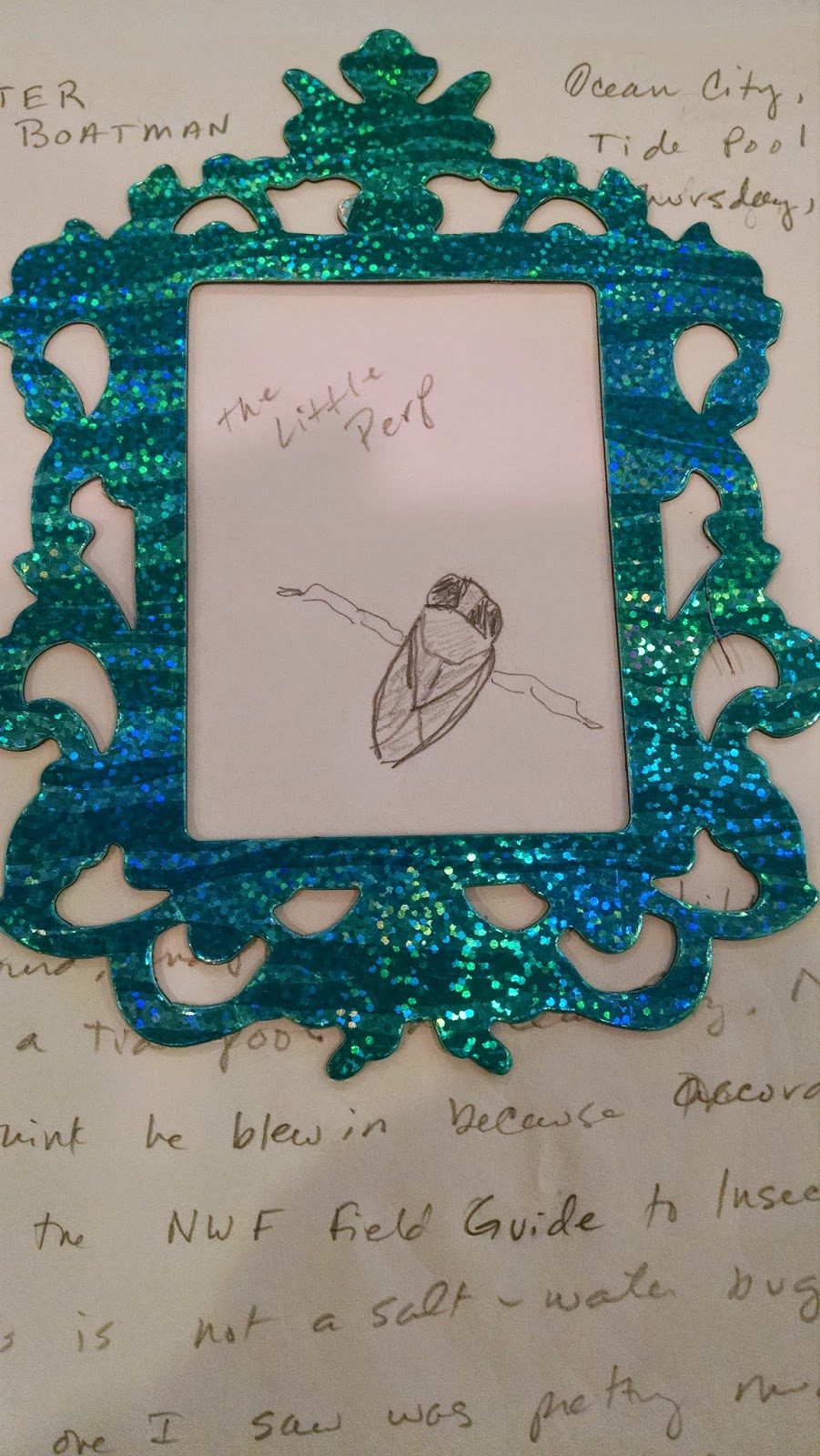 So I did what anyone would do...

I picked him up.

I could tell the little bugger was uncomfortable in my hand because he went slack.  Not wanting him to get away so fast, I secured permission from Tommy and Anna to let the bugger swim in the moat they had built for their Hermit Crab collection.  By now they had amassed over 100 little crabs and created three warring states.  My guy swam among them, diving down every so often for what I don’t know but he seemed happy enough.

Then along came three little boys who wanted to see what we were up to.  The oldest was curious and liked the idea of holding my bug so I let him.  I told the kid I liked how he held the bug; that he was kind not to kill him.  Then I suggested he let the bug swim again.  He didn't, instead he said,

Then he cried… really loud too.

Who knew the bugger didn’t like being held so much?  (I guessed as much.)

Who knew the bugger could sting like a bee?  (I certainly didn’t; he never stung me!)

How was I going to explain this to the kid’s Mom?  The only thing I was certain of was that my bug was a True Bug, Order Hemiptera, Class Insecta, Phyllum, Arthropoda.  Beyond that, I wasn’t certain whether his sting was poisonous like a scorpion or spider, also both arthropods but not true bugs.

In the end, his Mom took it well; his Grandpa laughed.  When I got home, I looked the bugger up and discovered my paddler is a Water Boatman, Hesperocorixa vulgaris.

And in the National Wildlife Federation Field Guide to Insects and Spiders of North America, it says on page 116:  “These insects will deliver a stinging bite if handled carelessly.” Need I say more? J